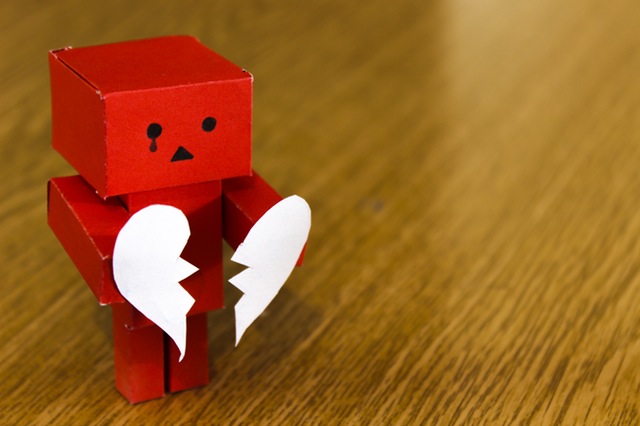 ‘Emotional Divorce’ is a well-recognised and important stage in the process of relationship breakdown, although actual physical separation may not be imminent or even have been thought about. It is particularly destructive and hard to recover from, and so the signs are well worth being aware of.

A relationship that is working well exhibits an emotional support system between the couple and a sensitivity to each other’s feelings and needs. Sometimes this is overt, but frequently is not so, and is rather an underlying and inherent part of the relationship.

Similarly a couple whose relationship is working well are likely to undertake tasks that contribute to the everyday running of their lives as a couple, without much consideration as to whether this is ‘fair’ or not. It is a pattern of living that they have developed and which suits their particular needs as a couple, even though the ‘distribution of tasks’ or social activity may vary greatly from one couple to another.

Open and honest communication with your partner is another hallmark of a strong relationship, where if something is bothering one partner they feel able to address this with the other in a relatively constructive way to try and ‘solve’ the problem. It does not feel overly threatening to have the conversation, even if it is not easy.

When a couple’s emotional attachment is unraveling all of these elements can be affected. Sensitivity to your partner’s feelings can be lost, you don’t understand where they are coming from, you don’t want to put effort into finding this out and you just don’t connect to them anymore.

A couple losing emotional touch with one another may develop feelings of anger and bitterness towards the way their relationship works on a practical level. Where in the initial stages of a relationship they may have offered enthusiastically to help the other out, they may now feel hard done by and start to add up what they do compared to what their partner does. Everything now seems unfair – why do I always have to put the bins out/do the washing up/clean the house/mow the lawn etc? They’ve been out three evenings this week and I’ve only been out once and that’s not fair. This point scoring is much more than the gentle moaning which may take place amongst groups of friends about their partners; it is much more raw, angry and bitter than that.

And finally that ability to be open and honest in communication suffers too. Having lost emotional touch, there is a tendency to communicate little, or with animosity and dishonesty. The issues which need to be talked about feel too big and maybe there is neither the willingness nor the energy to go there. Issues fester and get ever bigger, with imaginations running wild as to what the truth of the situation really is. Confronting the issue feels too much and too scary to contemplate.

As relationships change with time we cannot expect the initial excitement and intensity felt at the start of a relationship to last on a long term basis. A good relationship will grow stronger over the years, whereas one that starts to look like the disentangling one I have described above is vulnerable and heading towards separation without a willingness to address the issues concerned.